Thank you! Thank you Anji!  Words can not fully express my gratitude for the work you and your team did on behalf of my daughter.  Without your help Anji, my daughter and her two children would soon be homeless and with little support.

My daughter was caught completely by surprise when her husband of over 12 years filed for a divorce.  She had no documentation, records, or financial resources.  After giving up her professional career to become a full time mom eleven years ago, at the request of her husband, she became totally dependent on him.  He denied having an affair, even though a deposition and she would have had no evidence except for the work you did and presented.

I am so thankful to you Anji for having the faith and courage to pursue his activity and capture evidence of his adulterous activity.  We were able to obtain the evidence to prove the affair with this woman started almost a year ago.

Today, my daughter has a chance to raise her children in their home.  She will work to retool her professional skills and reenter the work force so she can earn an income to meet their basic needs.

It is my hope and prayer that you, Anji, will be able to continue helping people who face such emotionally destructive situations.  I appreciate the many hours you spent, the compassion with which you work, the promptness with which you returned my calls even when very late at night and holidays and the many, many act of kindness during emotionally grueling months my family has suffered.

“Don’t negotiate or make decisions with limited and inadequate information, if you can avoid it! In business, this could result in losing a lot of money. But in your personal life, this can lead to a lifeupsetting event with long-term effects and significant emotional distress.

If you find yourself, like I did, in the unfortunate situation of getting a divorce, you may be experiencing a great deal of confusion, conflicted thoughts, and uncertainty and may be in a rush to just get the whole darn thing finished. You are divorce-crazy, a sad mental state characterized by bad decisions, irrational thoughts, denial, and general stupidity. I have two small children, so I was also concerned about minimizing changes in their lives and providing a stable environment for my kids as soon as possible. So there I was, trying to get my life set up in a different house, hoping to minimize any fall-off in my performance at work, trying to provide some sense of normalcy for my children, and just generally trying to hang on. I’m an action type of person, but I just seemed to be going through the motions, responding to things other people were dictating.

My ex didn’t seem to be dealing with these same problems. She seemed quite happy about the whole thing. I was too bogged down in my own little world to really notice this, but someone did me the favor of pointing it out to me. So I became a little suspicious about what was going on and decided to at least check into using a private investigator. I called around to a few businesses that advertised investigative services…and talked to a series of not too bright people, got passed around to some other fool in the office, ended up repeating myself several times, and eventually just became discouraged about the whole idea.

“The team at She Spies delivers a phenomenal customer experience in a very professional manner. Their consultation and advice were extremely helpful to me in making life-impacting decisions during the course of a very difficult time. Not being familiar with all of the legal rules and regulations, they were able to boil it down into simple and easy to understand actions that helped me make the best decision.” 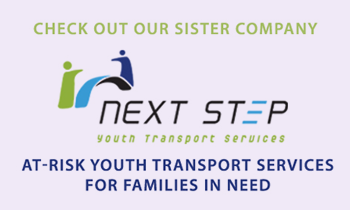 She Spies are amazing! They went above and beyond for us and it is because of them that we have a happy ending to our story! They are compassionate and professional, highly recommended! - Nicole V